You are not connected. Please login or register
+3
Stuart Bailey
Regor
Deacon
7 posters
Go to page :

Just a few quick lines to my fellow players. Sadly at the moment I am not able to reply to the various letters you have all so kindly sent. When I am able to I intend to reply to you all.
I realise that diplomacy is one of the most important aspects of the game. I can only ask for your understanding & patience. I realise that not getting replies is frustrating . Hence the reason for this post.
As soon as I am back in the land of the living I will try to make amends.

Don’t worry about letters. The main thing is you get well soon. Good luck and best wishes.

Think new RIB turn should be out shortly & with any luck we should find out were our beloved Emperor has gone on campaign.

Or perhaps not since I am getting worried that about any of the Roman High Command's being well enough to a) greet the Emperor and b) report back too Rome on his safe arrival.

First the commander of the British Legions retires to his bath house with a cold and has not come out since while orders from Rome to get our Eagle back and nail up a few Picts pile up in the in tray. Then the Gov of Syria and commander of the eastern legions goes down with in his words the "sweeting sickness". And now our Rhine commander is also poorly and has broken his stylus. Which at least saves him from having to write I have lost 24,001 Romans.

Well Stuart ….. I got my turn back but I’m flummoxed - and where to begin? I’ll let you read the news and suggest how I get out of the Emperor’s dark thoughts….

Regor wrote:Well Stuart ….. I got my turn back but I’m flummoxed - and where to begin? I’ll let you read the news and suggest how I get out of the Emperor’s dark thoughts….

Well the good news is that after your character snubbed the Emperor and expected him to run around after you rather than be standing ready with a very large red carpet, the 6m denerii you owe him, and a selection of his favourite sweetmeats and edible doormice you are now the most popular man in Rome with everyone other than the Emperor.

To get out of the Emperor dark thoughts I suspect you are either going to set a new record standard for toadying and flattery in Agema games or you need a new Emperor who only thinks kind and fluffy thoughts.

Have you ever considered how the flavour of Nero's favourite doormice can be improved by the subtle flavour of Henbane, Mandrake, Hemlock, Autumn Crocus or various types of mushrooms.

I thought if we didn't like an emperor, we just replaced them. Don't they come in jumbo disposable twelve packs?
Marshal Bombast 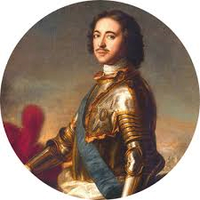 Have you been reading too much Suetonius?
Sponsored content